What Is A Distributed Ledger?

Distributed ledger technology, commonly known as DLT, is a revolutionary way of storing and sharing data. While this may seem like déjà vu, there is nothing quite like this digital invention, in spite of the general description.

This innovative approach allows users to handle any important information through a decentralized system. Plus, they can send, exchange, and store such valuables with minimum chance of compromised functionality or security. The unique nature of the platform allows equality across all computers connected to the system, and these largely beneficial features are what is known as a distributed ledger.

Throughout history, the human race has left evidence of numerous attempts to systematically and thoroughly record specific valuable information. For this purpose, they have devised all kinds of systematic approaches to the matter, using whatever materials were available at the time.

Dating back to ancient times, the first civilizations aimed to denote certain value through written records put to stone or papyrus. Later on, the industrial revolution was largely propelled by the use of written documents, with the dual copy approach paving the way for the idea behind the distributed ledger technology in question.

With computerization and the internet, all major aspects of human life were automated. However, in the spirit of the practice so far, such establishments retained the well-known centralized approach—most evident in banks and the other authoritative institutions that profit from their dominance. They charge all kinds of fees and concentrate the power within the governing body, while giving customers just enough freedom to handle their possessions.

Ultimately, this novel invention has altered the generally known ledger definition. It operates as a unique system or platform, fully decentralized and allocated across all computers (i.e. nodes) of the specific network. Each of these nodes is individually responsible for storing and maintaining the entire system, as well as updating it across the whole network. This way, there is no one central point containing the latest information—here, everyone included in the process has the same preview and permission privileges, thereby minimizing fake operations, hacker attempts, and more.

What Is a Distributed Ledger?

The general definition for this digital phenomenon, as well as its broad description, is far from enough when it comes to answering this topic question. Before interested parties learn more about its specific way of performing operations, it’s useful to go over the basics.

This technology is a revolutionary way of storing and transferring digital data of value, including information, software, contracts, and the most widely known cryptocurrencies. Its users are all interconnected to each other, i.e. their specific computers, so that there is no computer containing greater power or more information than any other, at any time.

Though it sounds like a lecture taken straight from “Distributed Ledger Technology for Dummies,” the above explanation illustrates the exact structure of the network in simple terms. Aside from the specific connection between the nodes, the term itself properly describes its characteristics. On the one hand, distributed properly defines the equal distribution and allocation of the entire digital record on all the computers in the network.

Speaking of a virtual record of transactions and storage information, the technology is also known as a ledger. This, on the other hand, was once known as the focal point of traditional bookkeeping, and has only been broadened in meaning to fit the added functionalities of the modern distributed ledger technology.

What Is a Blockchain Ledger?

The distributed ledger discussed above provides the basic, founding technology for the blockchain. The structure was initially developed by Satoshi Nakamoto, a pseudonym for the inventor or group of inventors of today’s most widely spread cryptocurrency, Bitcoin.

On its own, the blockchain ledger is specifically used to record transactions of funds that only exist in the digital form. As opposed to the fiat currencies issued by their respective banks and financial authorities, the specific nature of the crypto ledger allows users to mine, i.e. create, new Bitcoins each time they support and verify a transaction.

All the features of the distributed ledger technology find practical application in this blockchain structure. This includes the security and transparency of operations, as every “node” in the system ranks the same in terms of previewing and verifying them. Nevertheless, the blockchain practically builds on the distributed ledger’s capabilities, creating immutable blocks with information on the last transactions.

All in all, the blockchain ledger is the ultimate bookkeeping format, preventing any external intrusion or internal misuse of funds, while remaining transparent by being distributed across all nodes rather than a central server.

What Is Bitcoin Ledger Technology?

The distributed ledger technology connects nodes in a unique way to allow complete decentralization and security. The blockchain, however, made use of these capabilities for the practical management of various cryptocurrencies, initially Bitcoin.

The Bitcoin ledger technology is thus based on the aforementioned two, especially the blockchain, which was first released as a structure that upholds Bitcoin operations. Nowadays, this cryptocurrency is leading in terms of exchange value and use, ultimately being seen as yet another success story for the tech that started it all, the distributed ledger.

Bitcoin has ultimately managed to accumulate all the features of its underlying structures. The basic one attributed the cryptocurrency both to high-end encryption and to the decentralization of the system across the whole network of users, resulting in top security.

Following this, the blockchain ledger’s structure was specifically designed to support the concept of a digital currency using these beneficial features. In the end, Bitcoin is just one of many cryptocurrencies available nowadays, running on the basic principles of the distributed ledger technology. It defies regular, central financial institutions with its decentralized character, ultimately reflected in the currency’s volatility, especially during the early days of its release.

Practical Use of Digital Ledger Technology

Answering each subsequent question from the previous paragraphs has only been possible in relation to DLT’s more basic structure, retrograding from Bitcoin to the distributed ledger tech. While it serves as a rather illustrative example, there are many other industries that provide a benevolent climate for this technology’s practical application.

A top example of successful distributed ledger implementation for the purpose of revolutionizing existing concepts on the blockchain is the design of smart contracts. These smart contracts first became popular when they were used by the inventor of Ethereum, a unique cryptocurrency platform like the blockchain that is fuelled by its own currency, Ether.

As the name suggests, these “smart contracts” are just like any other agreement between two parties, only executed on the blockchain. It allows all participants to enter and meet each others’ requirements and conditions, upon which the system automatically executes the resulting task, usually the transfer of funds.

Nevertheless, the blockchain distributed ledger is poised to change the way many spheres of everyday life typically function. This includes the rule of law, or more specifically the way legal instruments perform their tasks and execute proper measures. Additionally, electricity and energy management, as well as commodities management, are also likely to benefit, from systematic and general approaches to inside operations. The entertainment, IT industry, and even government departments in charge of real estate listings, tax records, and the like would all achieve better results and cooperation.

So far, only individual instances have been known to test the theory, but Bitcoin’s stabilization is bound to reflect onto this aspect as well.

Distributed ledger technology, despite still being used in rather restricted and controlled environments, has managed to result in a set of advantages and disadvantages.

Speaking of advantages, it is worth starting with security—DLT, and its resulting blockchain platform, are known for the level of protection they offer their user network. This is due to the high-end encryption employed on the platform, as well as the required user verification.

Decentralization is most evident in the matter of cryptocurrencies, although it further applies to any other operations and the lack of needing a governing authority. Considering that these operations, i.e. transactions, are practically instant and free of charges makes for yet another valuable advantage of the technology and its use in upcoming distributed ledger technology companies. On top of that, the use of respective cryptocurrency wallets guarantees anonymity—the ultimate goal in today’s age of digital fingerprints.

Contrary to this, the phenomenon features a few disadvantages, again due to its unique nature. Thus, the lack of a central authority or regulative government body has made the cryptocurrencies on the blockchain rather volatile, with market-crashing fluctuations in value. Plus, the transparency and anonymity it guarantees allows use of the cryptocurrency in all kinds of black market and grey market purchases.

Ultimately, the sole nature of the founding distributed ledger technology and the systems operating on these principles are evidently rather complex. Hence, it takes some practice and tutorship before a wider user pool is able to enjoy the benefits and successfully avoid the disadvantages.

In the basis of the blockchain, you will be able to identify features of the distributed ledger technology, but not the other way around.

Distributed ledger technology provides anyone with the chance to store and manage any type of important and valuable data, with changes reflected across the entire network. Still, in the distributed ledger vs blockchain clash, the specific ledger that produces blocks is known as the blockchain, while there may be many other ledgers that solely serve the purpose of the organization, using it to employ distributed storage of their data for greater security.

Yet the most dominant difference is evident in these structures’ decentralized vs distributed nature. To clarify, the blockchain is fully decentralized, as it is dedicated to handle cryptocurrency transactions, which are not yet regulated as legal tender and independent of any central governmental authority. Distributed ledgers only determine that storage will expand across all nodes, hence distributed, but since the organization using it practically determines the purpose and structure of the ledger network, it isn’t inherently decentralized.

The Future of Distributed Ledger Technology

The progress that this technology has made so far is enough to expect further implementation in the future. Despite initial obstacles, the Bitcoin ledger technology managed to project this cryptocurrency to top value exchange rates. What’s more, it paved the way for similar inventions of this kind, with each further specifying and increasing the functionalities of the underlying blockchain, and ultimately, the distributed ledger system. What is most important is that the ledger technology is today used by some of the best exchange sites as a basis.

With the technology allowing different organizations to specialize it based on their own needs, resources, and functionality requirements, further applications are bound to come in the near future. The sectors listed here are only a portion of the numerous spheres that can benefit from the data management that the distributed ledger technology fundamentally provides. As it turns out, information is power, after all. 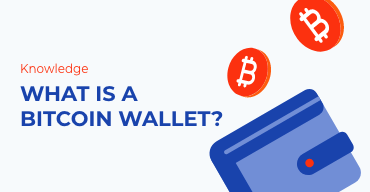