The Government Of Malta Introduced A VFAA Law

A new law on Initial Virtual Financial Assets (VFA) will come into force in Malta on the 1st of November. A jurisdiction of the Blockchain Island is welcoming new developments in the business and technological world.

The bill is the first of its kind in Malta to regulate VFA assets, setting new standards for VFA assets and their issuers, as well as including new requirements for white papers, and admission to trading on an exchange. Individuals involved in a VFA offering must adhere to new standards and assume new responsibilities under Malta law. The bill also establishes a competent authority (the Malta Financial Services Authority), as well as new timeframes and deadlines for submission of relevant documents for review or licensing by the MFSA.

According to the bill, Virtual Financial Asset means “any form of digital medium recordation that is used as a digital medium of cryptocurrency exchange, unit of account, or store of value and that is not electronic money, a financial instrument, or a virtual token.”

A virtual token is defined in the bill as “a form of digital medium recordation that has no utility, value, or application outside of the DLT platform on which it was issued and may only be redeemed for funds on such platform directly by the issuer of such DLT asset.”

This bill applies to those providing or holding themselves out to be providing VFA services in or from within Malta. VFA offerings or admission to trading on an exchange in a country outside of Malta will be subject to the laws of that country.

The competent authority under the VFA Bill is the Malta Financial Services Authority (MFSA). No person may provide a VFA service in or from within Malta unless they have a valid license granted under this Act by the competent authority. An application for such a license must be made through a VFA agent.

On the infographic provided by the Maltese law firm E&S Group, you can see what falls under the VFA and what steps are required to launch an ICO through the VFA law. 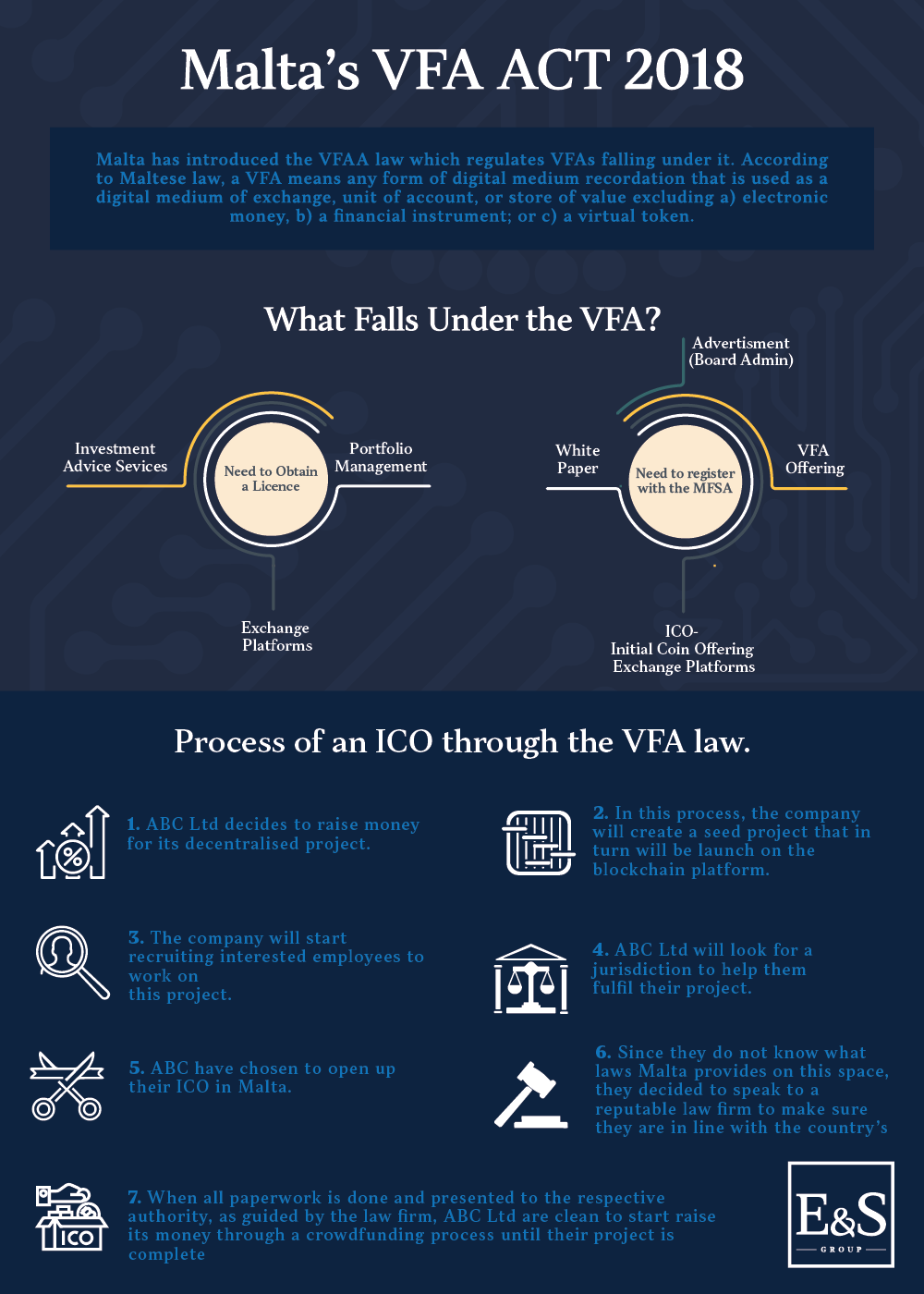 Cryptocurrencies are a hot topic in recent years. Whether it’s the new...

How To Set Up a Bitcoin Wallet

Despite their volatility cryptocurrencies are constantly rising in popularity. With that comes...